MASHAV and UNODC together in the Anti-Drugs War 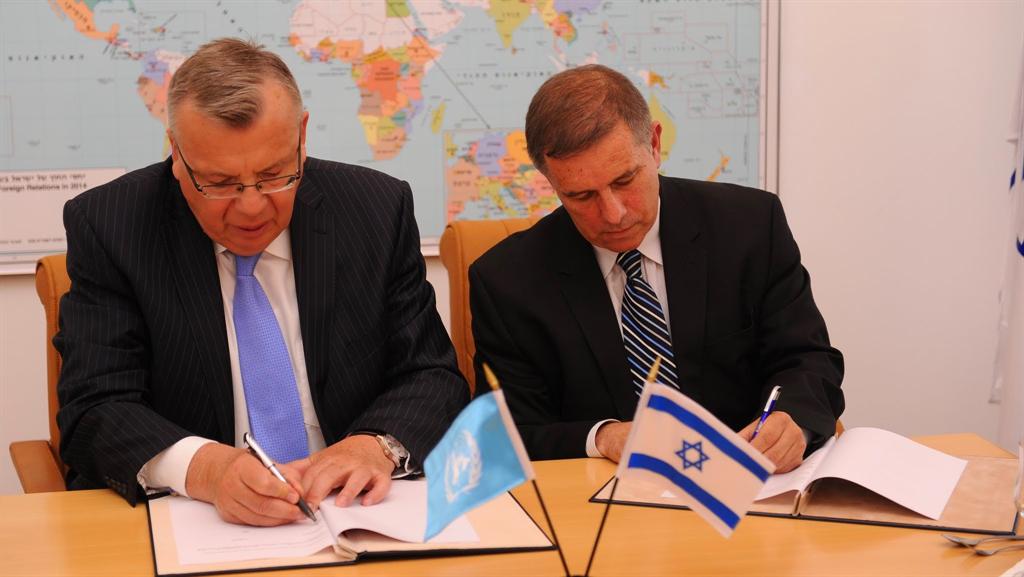 MASHAV and UNODC share common objectives with regards to combating drug and crime by contributing to development and wish to collaborate to further these common goals and objectives. The 8 of June 2014, the Executive Director of the United Nations Office on Drugs and Crime (UNODC), Yury Fedotov, signed a collaboration agreement that furthers cooperation between UNODC and Israel in countering drugs and crime.

Drug abuse is a global problem. It destroys lives and communities and affects people worldwide, in all countries. Drug abuse has devastating social and economic consequences for all members of the community and society.  Over the years, it has become clear that the drug problem needs to be addressed both in terms of demand and supply reduction, interconnected issues which must be incorporated as part of an integral drug control strategy.

Governments are increasingly establishing integrated demand and supply reduction approaches and strategies, however, in many cases, there is still a lack of coordination between relevant agencies.

Israel shares some of its experience in assisting other countries to incorporate demand reduction approaches into their national drug control strategies while emphasizing the essential need for effective cooperation and coordination between the relevant government ministries and non-governmental entities involved in the battle against drugs.

With this in mind, the Israeli Anti Drug Authority (IADA) in collaboration with the Ministry of Foreign Affairs' Agency for International Development Cooperation (MASHAV) - via its professional affiliate the Aharon Ofri Center - have developed a training course for participants from developing countries working in the field of drugs and alcohol.

In the past years, the UNODC has shown support of this initiative and has played an active role in the workshops. Since 2012 we count with the support of Dr. Gilberto Gerrra, UNODC’s Chief of Drug Prevention and Health Branch. He also comes as a keynote speaker to the training courses. Following 2013’s course, Dr. Gerra wrote: “I was very happy to contribute to the training organized by MASHAV for low-income countries: I found the training highly qualified and its contents in line with science-based evidence.”